The Dakota Access Pipeline (DAPL) is the safest and most environmentally sensitive way to transport crude oil from domestic wells to American consumers. It is the result of an extensive process that involved review and approval by the U.S. Army Corps of Engineers and regulators in North Dakota, South Dakota, Iowa, and Illinois. It is among the safest, most technologically advanced pipelines in the world.

At today's production volumes, the pipeline currently transports about 40% of the total production coming from the Bakken, facilitating royalties from production to the landowners and state, and to many Native Americans who have oil and gas leases or production on reservation property. The Dakota Access Pipeline created roughly 10,000 jobs during construction and is a critical link from the Bakken formation, which supports more than 80,000 North Dakota jobs.

Environmental protection and public safety are top priorities for Energy Transfer. With a long history of safely constructing and operating pipelines, Energy Transfer is committed to minimizing and mitigating the impacts to land properties.

This Dakota Access Pipeline crosses almost entirely private land, often already in use for other utility easements. The pipeline does not cross the Standing Rock Sioux reservation, even at the portion of the pipeline that was the subject of dispute at Lake Oahe. In developing the route, the United States Army Corps of Engineers had hundreds of contacts with dozens of tribes regarding the Dakota Access project. In addition, the U.S. Army Corps reached out to the Standing Rock Sioux Tribe nearly a dozen times to discuss archaeological and other surveys conducted before finalizing the Dakota Access route. Learn more ->

Notably, the Dakota Access Pipeline uneventfully operates along the same path as (but much deeper underground) the Northern Border Pipeline, which has functioned safely beneath the lake for 35 years.

Since Dakota Access went into service in 2017, it has continued to pay annual property taxes to each state it traverses. Between 2017 – 2020, the pipeline paid in taxes:

North Dakota produces nearly 1.5 million barrels of crude oil every day, with approximately half of that going through the Dakota Access pipeline.

"Because of the Dakota Access Pipeline, we are able to move another half a million barrels per day to market efficiently and effectively. 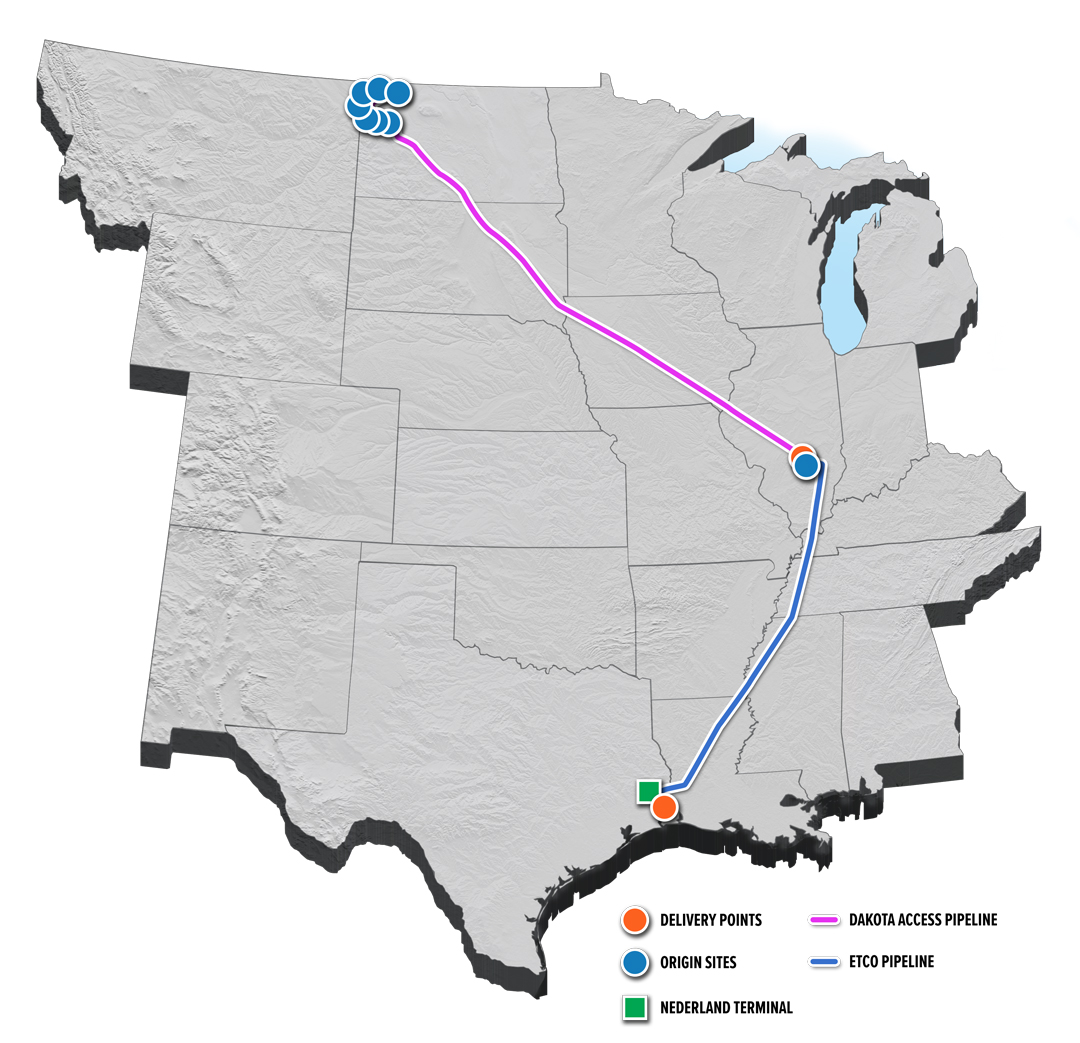